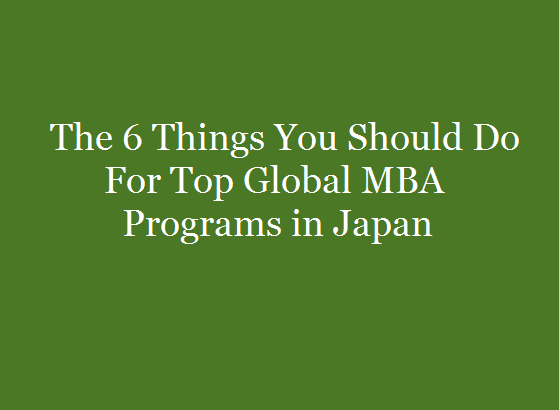 Popular belief has it that professors of Japan’s top MBA programs value only applicants with the highest GPA scores?but that isn’t true. To better understand how professors think, follow the following six steps.

ONE
Don’t worry about GPA scores. Whether good or bad, the scores are not a major deciding factor for getting accepted into programs. MBA professors strongly value having diversity in their classes, and students of different nationalities, cultures, genders, age, and skill, and with different experiences. What characteristics you already have will be what is truly valued.

TWO
Open your mind to new possibilities. Professors put stock in the theory that open-mindedness and diversity are the foundation of innovation, which is a crucial component in doing business in the 21st century. Professors of the top MBA schools in Japan look for students who demonstrate openness in class.

THREE
Communicate with people in the real world?as well as in the virtual world. Interacting with others through both mediums are necessary in networking. Professors employ activeness in their teaching methods, such as implementing team projects to foster cooperation. Networking skills in both real and online worlds are the key.

FIVE
Learn the culture and history of your own countries. You will be asked to give a presentation of what your countries are like, due to MBA schools’ affinity for diversity. Professors and fellow students are eager to learn about one another’s backgrounds.

SIX
Don’t worry about picking up the language before coming to Japan. Hosei offers a program for earning an MBA in Japan for foreigners, and therefore teaches in English. While a certain level of Japanese fluency is required for employment after graduation, students can also learn Japanese while working toward their MBA. 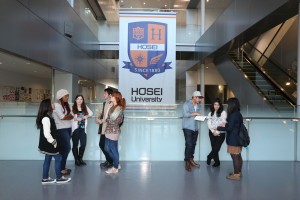